“Driving out to UCLA with Dad for eye exams and X-rays was like my youth sport,” Sam says. “In the fourth grade, I had my cataracts removed which left me with no natural eye lenses. I wore rigid contact lenses until having lens implants in my late teens. Now, I wear glasses for reading and driving at night.”

As Sam Schey entered high school, the achalasia worsened. The simple task of eating was difficult and painful. “Instead of emptying from my esophagus into my stomach, food filled my esophagus like a clogged drain pipe. Despite eating super small portions, I threw up and got pneumonia a lot.”

During summer break, between his sophomore and junior year, he underwent surgery. His surgeons removed his natural esophagus and replaced it with a piece of colon. “It lasted like twelve-hours, very complicated. I was in the hospital for nine days, hopped up on a morphine drip, hallucinating, scared to death.

“I believed my parents and doctors when they told me everything would be all right. That was not the case. The surgery failed about a month after I got home, and sent me into an emotional tailspin,” he admits.

Sam didn’t know what was going to happen; he didn’t know who he could trust. “It all happened so fast. After things went south, my health deteriorated in the blink of an eye. I couldn’t eat or drink, was skin and bones. Forced to act, my surgeon put in a feeding tube until we could figure out a long-term solution.

“It was a tough time for me; I wondered about death a lot. When I went in for another surgery four months later, it was terrifying. The second surgery got rid of the piece of colon – leaving me with no esophagus at all – and pulled my stomach up to my throat. The surgery was a success, even though there are side effects I deal with.”

Looking back, Sam Schey can see how the experience changed him. “When that original surgery failed, it eroded my faith in everything, God included. For a long time, years and years, I couldn’t trust. It’s still hard for me.”

His parents may not have had all the answers, but they loved their son and continued to encourage him to live life. While running cross-country, Sam learned he had an interest in storytelling. “I wasn’t fast enough to keep up with my guy friends for the most part, so I ended up hanging with my girlfriends, swapping stories and gossiping.”

When he got to California State University, Fullerton, he majored in history. “Those history classes sucked me in. We read so much, more than I could have ever imagined. Somehow, something changed; fresh perspective is a good thing. History challenged my belief system, contradicted my viewpoint that my life was over, worthless because I had suffered. I began to see that there is meaning to life after unspeakable trauma.”

In 2008, he fell ill once again. An unexpected bowel obstruction put him back in the hospital and set off a chain of events that would last years into the future. “I spent about a month at Keck Hospital of USC. One night, I was in a dark, dark place. With tears running down my cheeks, I started praying. I don’t know how long it had been since I had done that, maybe high school.”

When he got out of the hospital, still very sick, he searched for a new way forward. “That night in the hospital was not a conversion; I have always believed in God. It was a recognition that I couldn’t do life on my own any longer. I couldn’t continue ignoring God.

“My childhood prepared me for what was to come. Growing up, my prayers for healing went unanswered, and I felt punished by God. When I got sick as an adult, I found myself not praying for healing per say, rather for the strength and courage to endure the challenges before me. Since, I have tried to humble myself before God, surrender my pain to His will. Not much in life has been easy for me. I’ve made a lot of mistakes, but those mistakes have also led me here.”

Sam says, “the anemia was the worst part,” when referring to the roughly six consecutive years he was sick. “I was so tired all the time. There was nothing my doctors could do for me, and once again, I didn’t know what was going to happen.

“Watching life pass you by is tough. I watched my friends get married, have kids, get promotions, live full lives. I was too sick for any of that. I have heard people say that time is your most valuable asset, but I beg to differ. Energy is equally valuable.”

With a lot of downtime, Sam Schey began reading memoirs and spiritual books. “My coming back to God has been a slow and cautious process. At some point though, I had to admit that God was the only thing giving me hope. The irony is that the afflictions that drove me away from God steered me back to Him. I find that very powerful. Now, what I strive for most is redeeming my pain, putting it to good use.”

While Sam was in college, he found out he had kidney disease. Originally, his diagnosis was nephrotic syndrome, but that was wrong. He has alports. The disease was stable before getting sick in 2008. Afterward, it steadily progressed.

The climax of his journey was kidney failure. He underwent months of dialysis which he refers to as “torture.” “By then, I was worn so thin. It’s hard to admit, but, I wanted to give up. I wanted it all to be over, prayed for it even.

“My family and friends wouldn’t let me let go, so I began asking them to pray for me. I embraced my support network instead of keeping them at arms-length. I couldn’t get through what I was going through alone; I knew that. I needed them to give me the strength I didn’t have.”

The kidney transplant was such a significant event that his surgeon deemed the surgical date his new birthday. “April 30, 2014,” he says with a limp grin. “My real birthday is November 20, so it sounded funny at first, but in a strange sense I was reborn.”

Now that Sam is well, he has written a book. It’s titled, Revealing Secrets: A Memoir. “I’m grateful for the opportunity to write about my crazy journey,” he says. “The books I’ve read, especially the memoirs, kept me company during a lot of dark and lonely days. Those writers were a well to draw from. I hope my book can be the same. I pray my book finds its way into the hands of somebody experiencing the unendurable and lets them know that they are not alone, that they are stronger than they think they are, and that God loves them.” 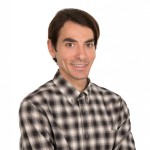 Sam Schey is a popular blogger and an aspiring author seeking publication of his first book – Revealing Secrets: A Memoir. The book is an inspiring medical survival story that follows Sam’s story as he comes of age while enduring rare afflictions. He lives in Southern California and received a bachelor’s degree in history from California State University, Fullerton.

Thank You! You will receive a confirmation email in just a few minutes.